The history of money has evolved from gift and barter economies into digital currencies over the past 10.000 years. In this guide you'll get to explore a little bit of each one of the stepping stones we took to get here.

Understanding history is one of the most important things to do to be successful in any aspect of life as history has shown a tendency to repeat itself, so let’s dive into it!

Covering the whole history of money in a single post is quite a difficult task as in reality we would need a complete book to talk about it, but the whole point of this post and why we chose certain events like these ones is to help you understand how we got into where we are today so you can use that knowledge in the financial arena somehow, specially for those interested in forex (currencies) trading. 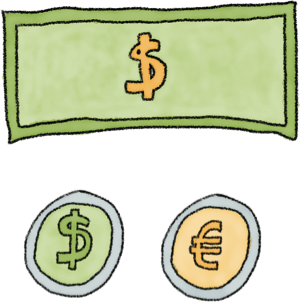 Money is a WIDELY ACCEPTED medium of EXCHANGE. Lets analyse each word, they really have a huge importance.

Why is money valuable?

The reason money is valuable is because we all have FAITH in it, and this faith is operating in present and future times.

Think about it, the reason we believe in money is because we know that if we save some amount of it, we can use it in the future to buy something as this money will still have value, right? 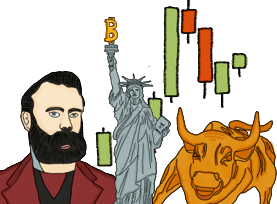 Get Started in Trading!

Countries currencies used to be backed by gold long ago, nowadays they’re only backed by governmental policy so we could agree that:

The Timeline we’ll use for the History of money 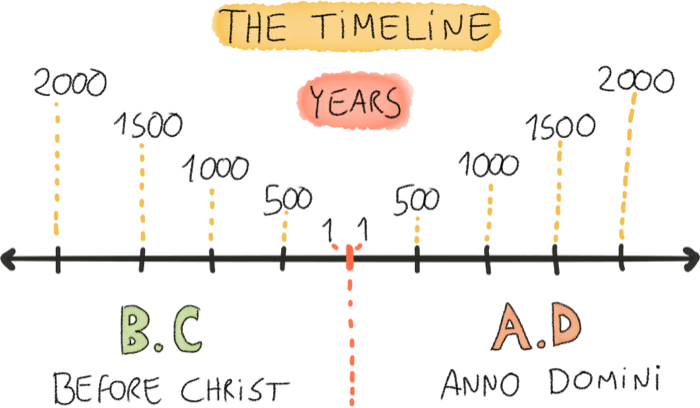 In case you’re not familiar, this is the timeline of history we’ll be using.

It can get a little confusing because everyone is writing different timelines, using different codes and letters, so we want to keep a simple standard for our article.

Bartering is the act of exchanging goods or services without using money, so an example would be: give me 2 arrows and I’ll give you a cow.

Despite the fact that a lot of sources claim that Barter was the first way in which we conducted economical transactions, there is no clear evidence that this was the case and let’s analyse why:

Bartering involves a lot of work, first of all, finding someone who’s specifically interested in what you have and ensuring that you can both agree on a proper value for your transaction. This can be very impractical on execution, as not always you’ll find someone that needs what you have and maybe for that someone is not worth that much anyways.

Bartering was said to be practised with enemies. When two rival tribes met and through several rituals decided to agree and exchange certain items.

Many historians believe that in early small communities the standard practise was gift economies, which meant that goods or services were not exchanged or sold, but rather given without expecting anything in return at any moment.

Think of it as the system of “I owe you one” or “One for me today, one for you tomorrow”. Small communities technically did things for free for each other knowing that they could ask one another when they needed something.

In several places around the world commodity money was gaining traction, now, what do we mean by this? Well, commodity money are objects that are valuable by themselves and are also valuable when using them as money.

In certain parts of the world they used cowry shells, cattle and other things. As long as they considered them valuable it can be good to go! That’s why we mentioned earlier in our article that money needs to be a widely accepted medium of exchange in order to function.

One of the most interesting parts about this segment of history is that the Babylonian civilisation was already implementing some primitive economic systems where they had contracts, laws, rules of private property and debt.

It was only a matter of time until a universally defined medium of exchange came into play. 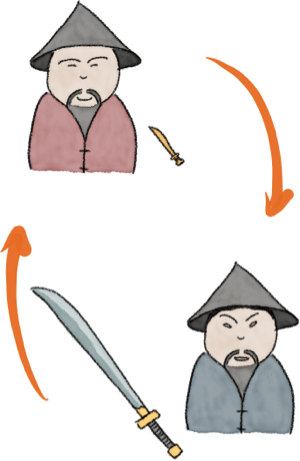 Around the year 1100 B.C in certain parts of China miniature bronze replicas of goods were being used, so if you had wanted to get a sword, you would have likely needed to have a miniature bronze sword as the equivalent currency to get one.

This could turn very impractical as imagine that any possible miniature replica objects that you could make could end up being uncomfortable to carry or possibly even dangerous to carry, you definitely don’t want to get stabbed by your own money.

Bear in mind that the fact that miniature replicas were being used as currency in China, that doesn’t mean that coins didn’t exist already in some places, they were just not official means of exchange yet and that brings us to the Kingdom of Lydia (Modern day Western Turkey). 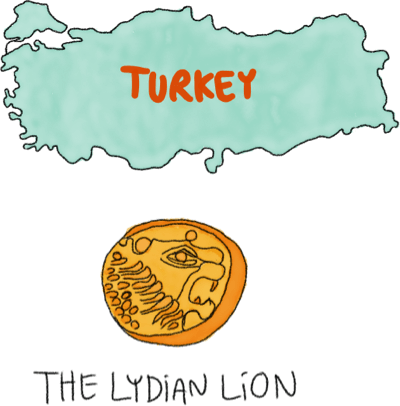 Around 600 B.C King Alyattes minted what would become the first official currency ever recorded.

Each coin was made from electrum alloy which is a mixture of silver and gold.

A very fun thing that we never managed to understand is, why lions were sculpted or depicted with two possible faces:

If you don’t believe us, go through all the lion sculptures of past times that you can and make up your own mind, it’s a mystery.

Around 700 A.D during the Tang Dynasty in China there were already some forms of paper money like bills and credit notes. The Government realised that it was far more convenient to use credit notes to conduct transactions instead of carrying a whole load of coins.

The moment when paper money really took an official form was during the Song Dynasty in China around 1100 B.C and this is one of our favourite parts of history, as some of the banknotes belonging to these times that were found had an inscription that read:

“Those who are counterfeiting will be decapitated”.

That’s a very convincing message compared to the U.S banknotes that read “In God we Trust” .

Paper money arrived in Europe thanks to the travels of the great explorer Marco Polo around the year 1200 A.D. 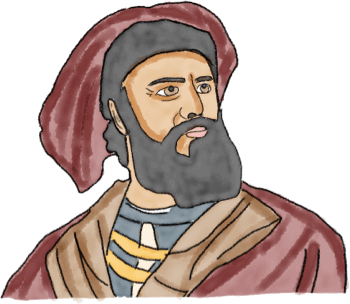 It was not until the year 1661 that the first Banknote was issued in Sweden.

The term "Dollar" already existed before the U.S adopted it as its official currency name. It was very common during the colonial period when referring to the Spanish Real coin. 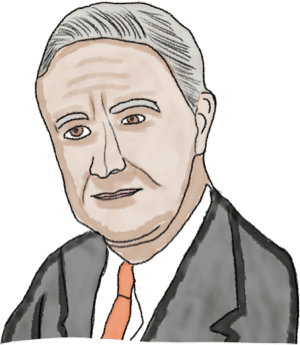 On March 3rd 1933, President Franklin D. Roosevelt closed all the banks in the U.S.A.  He was responding to a run at the gold reserves.

Banks held large amounts of Gold which were backing all the available U.S dollars. At those times there was a fixed exchange rate between U.S dollars and Gold.

When president Franklin D. Roosevelt closed down banks, he temporarily banned the ability to redeem dollars for gold and prohibited gold exporting. Furthermore, he ordered all Americans to turn in their gold in exchange for U.S dollars.

Thanks to these bold manoeuvres, the gold reserves of Fort-Knox were built and the United States held the largest gold supply in the world.

Gold standard ended officially when president Richard Nixon on August 15 1971 announced that the U.S would no longer convert dollars to gold at a fixed value, that’s how the gold standard ended.

Nowadays, fiat money is no longer dependent on gold but rather on governmental policy.

The First Bank Issued Card - Around 1946 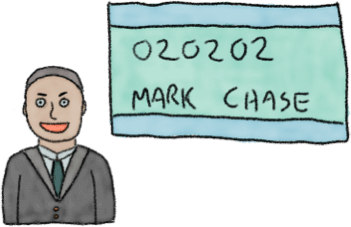 The creator of the first bank issued card was Mr. John Biggins of the Flatbush National Bank of Brooklyn in New York around 1946.

Biggins created the “Charge-It” program.  Merchants could send sales slips into the bank after a customer used the card with them and the bank would then go and bill the customer back.

Frank Macnamara and the Diners Club Card - Around 1950 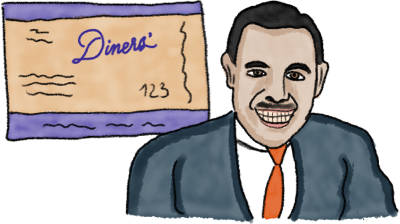 Frank Macnamara had an idea, to create a card that allowed you to dine in restaurants and the Diners Club would pay your bill and you would pay them later.

The card was originally intended for a very small and exclusive group of 200 people belonging to the club, but the idea caught on fire and in less than a year there were more than 20.000 cardholders and you could use them pretty much everywhere.

Paypal and Digital Money - Around 1990 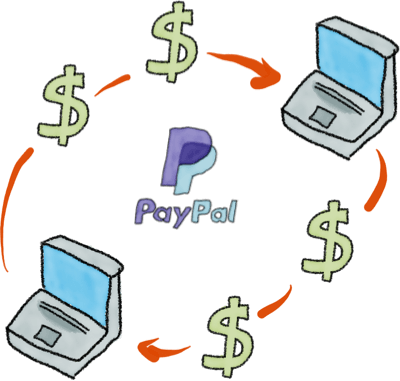 In the 1990’s there were 2 different businesses known as confinity.com and x.com, both were diving into the online banking world separately through several innovative ideas.

At some point both companies decided to merge and gave birth to Paypal, the online payments giant.

Fun fact:  Elon Musk the founder of Tesla was the owner of x.com, as you can see, he’s always working on some great thing.

Paypal changed the world for good. Being able to transfer money from computer to computer within seconds was really one of the greatest leaps in terms of the history of money that we’ve ever seen.

Bitcoin and the Crypto Revolution - Around 2009

Around 2009, a mysterious developer known by the Alias "Satoshi Nakamoto" created Bitcoin.

Bitcoin grew with no official employees, no marketing and no investors to become the world’s largest digital currency.

In terms of the history of money, Bitcoin is relevant because it presents the following changes:

Thanks to these features, bitcoin took the world by surprise and proposed an interesting leap forward in technology.

Money has come a long way, from gift economies to blockchain powered currencies running over the Internet, it’s all quite impressive.

Humans are always looking for ways to improve systems, the reason people evolved from commodity money into miniature replicas, coins and then banknotes was to make transacting easier.

Every time a new technology comes by, another one can go down.

It’s up to us to sit down, try to think of what could be the next future steps for humanity so we can use this information to make decisions.

If you’re an investor or trader in the stock market, then you know that if a particular company is providing certain technology that could be a game changer in the way we transact, then it’s time to look into that.

Good luck and we hope you liked it!

If you want to contribute to our article in order to improve it and become one of our sources we’ll gladly link to your website.  Please send us an email to writers@thetradingbible.com and we’ll get in touch.