The Non-Farm Payroll (NFP) is an important economic indicator showing the monthly changes in U.S. jobs excluding farm-related employment. It is usually released on the first Friday of every month at 8:30 a.m. EST through the Bureau of Labor Statistics’ “Employment Situation’’ report.

The Non-Farm Payroll report has proven to be one of the most powerful price drivers along with Interest rates when it comes to moving the price of currency pairs that contain the United States dollar, take as an example the below chart: 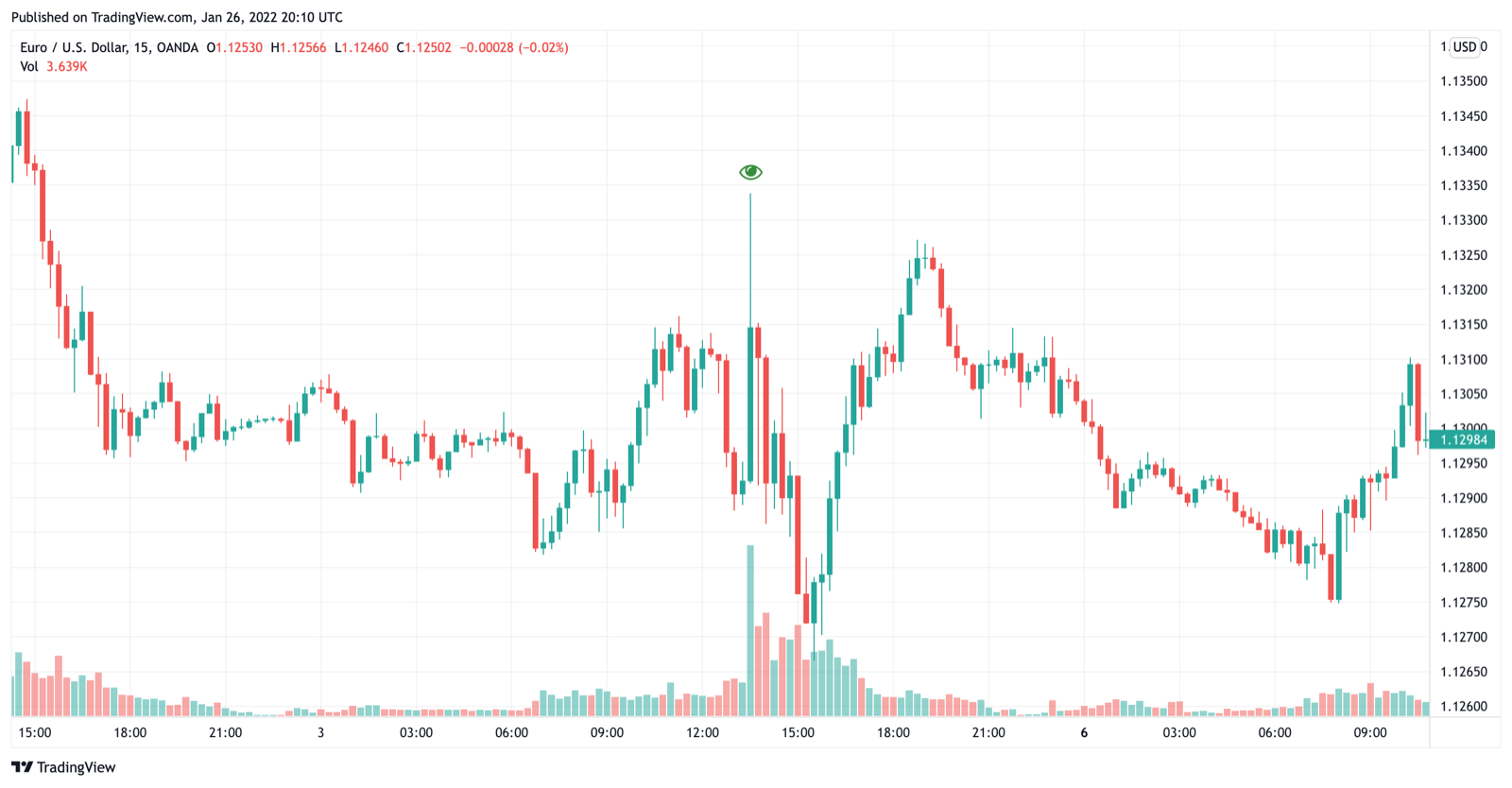 On December 3rd of 2021, the first Friday of that month at 8:30 am EST, the NFP figures were released. Don’t worry about the specific numbers as this is something we’ll get into during our guide, but watch closely the level of volatility during the precise moment the report gets released.

The price of EUR/USD fluctuated between its highs and lows of that 15 minutes candlestick around 40 Pips. That’s a lot of movement for one of the most traded pairs in the world in a space of 15 minutes and this is precisely why this guide is interesting for you as a trader, it represents the necessary knowledge for you to interpret and trade this report.

The NFP provides data on the employment status in the U.S., making it one of the most anticipated monthly news economic events globally. There can be a lot of big price swings in major currency pairs in the minutes and hours before and after the release of the data.

Traders will use the NFP to determine which currency pair they should invest in based on the data contained in the report. They have an economic calendar that prepares them for the release and will monitor whether the data is in line or not with the forecasts made by economists.

How Does NFP Affect the currency markets (Forex)?

The NFP report can impact forex markets significantly since the data points to trends in the overall U.S. economy, the world’s largest. It can impact the value of the dollar against other currencies in either direction, depending on what is revealed.

The data is closely watched by forex investors and day traders to assess the relationship between jobs and economic growth.

Generally, the report has the biggest impact on the EUR/USD and the USD/JPY.

What Do Forex Traders Look for in the Report?

Forex traders are generally looking for how many jobs that the U.S. economy has added, or lost, from the previous month and what that says about the health of the economy. Traders will consider additional jobs as a positive indicator for the economy, unless of course it is below economists’ estimates before the data is released.

This would have a negative impact on the value of the dollar against other currencies.

Traders will also keep a close eye on the U.S. Federal Reserve’s response to the NFP report. Keep in mind that the Federal Reserve monitors the monthly data as closely as traders do as it watches for shifts in the status of the economy.

The NFP data can influence a Fed decision and/or statement on interest rates and monetary policy, which then would impact the value of the USD. For example, if the U.S. economy accelerates at too fast a pace, the Fed could indicate a new position on interest rates in an effort to prevent the economy from overheating.

Why is the NFP Important?

The NFP includes critical data like the unemployment rate, average hourly earnings and the labor participation rate. It provides a snapshot of the health of the largest component of the U.S. economy, revealing broader trends about economic expansion or weakness.

What Currency Pairs Are Affected by the NFP?

The USD is the currency most directly impacted by the NFP, since its value is most closely correlated to the health of the U.S. economy. Here are currency pairs and investment vehicles that may see a price movement when NFP data are released:

How to Trade the NFP Report?

There are generally two ways to trade the report:

Some Tips on Trading the NFP Report:

So, What’s Inside the NFP Report?

For forex traders, it is equally important to know what is inside NFP to better understand how to trade off of the data release.

Two comprehensive surveys – the Household Survey and the Establishment Survey – make up the data in the monthly Employment Situation report.

Conclusion – What are the Lessons for Traders?

When monitoring the NFP data each month, keep in mind these things:

It is important to watch for long term trends that reflect the state of the U.S. economy and keep in mind that the data can be revised later.

Don’t make rash decisions after the report is released and dig deeper into the data.

What is the NFP Report Forecast?

Ahead of each report, forecasts will be made about the data. Depending on the data and the forecasts, markets could trade positively or negatively. For example, if the forecast was for 300,000 additional jobs and the rise was only 200,000, this would weigh on market sentiment negatively. Another example: if the share of people in the workforce rose more than expected, this would have a bullish impact.

Is There Forex Volatility When with NFP Report Release?

When trading the NFP data release, keep in mind that there could be enhanced volatility before and after the release of the report as traders try to position themselves in relation to the data.

How Does NFP Impact Equities, Indices and Oil?

It can impact individual stocks and indices in a similar way as the USD: a positive report can help confirm trends and indicate a healthy business environment which in turn could support companies’ revenue.

For the same reason, NFP can influence oil prices. If the U.S. shows a slowdown in job creation, it may mean a weakening in demand for commodities, such as oil and gasoline.

How Does NFP impact Gold?

While there is no long-term and clear relationship between gold and NFP, the price of gold moves in the short term with the release of the data. A strong U.S. economy is generally good for the dollar and bearish for the price of gold. Conversely, a weak U.S. economy may encourage traders to invest in gold. Remember that the relationship between NFP and gold is complicated.

Is Crypto Influenced by NFP?

Generally, cryptocurrency traders don’t usually buy and sell off of macroeconomic data, such as the NFP. This doesn’t mean, though, that they are immune to the sentiment after the data is released. A decline in NFP numbers could lead to a sell off of crypto as people become more conservative with their investments.

What Sectors Are Excluded from NFP?

While the report includes some government sectors, military employees and employees of government-appointed officials are excluded.

It excludes government employees of:

Why Are Farmers Excluded from NFP?

The answer goes back to early American history when farming was highly seasonal. Obtaining accurate farming employment numbers has been complicated by self-employment, part-time and hobby farmers and other partnerships. Agricultural labor has been affected by the unknown number of undocumented workers in the field. 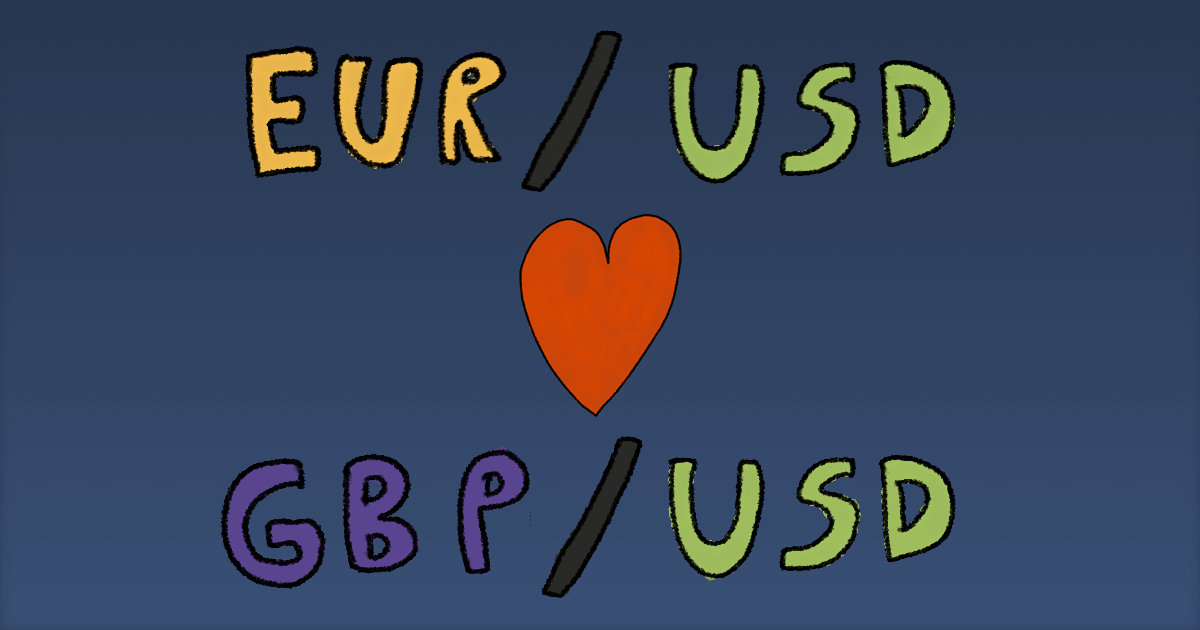 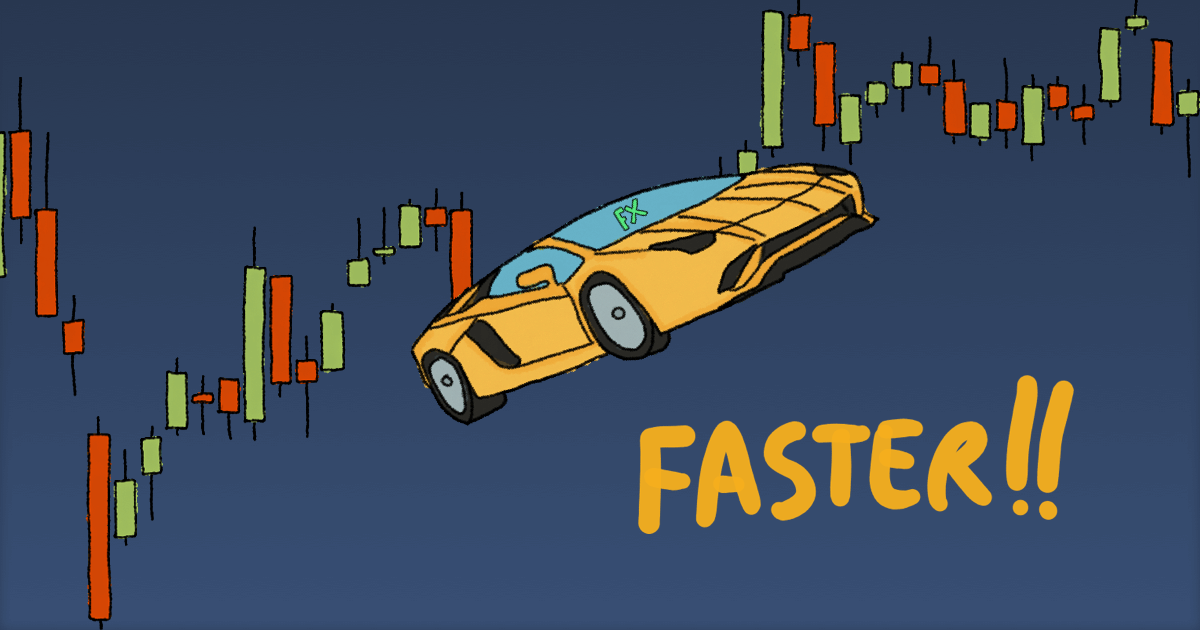 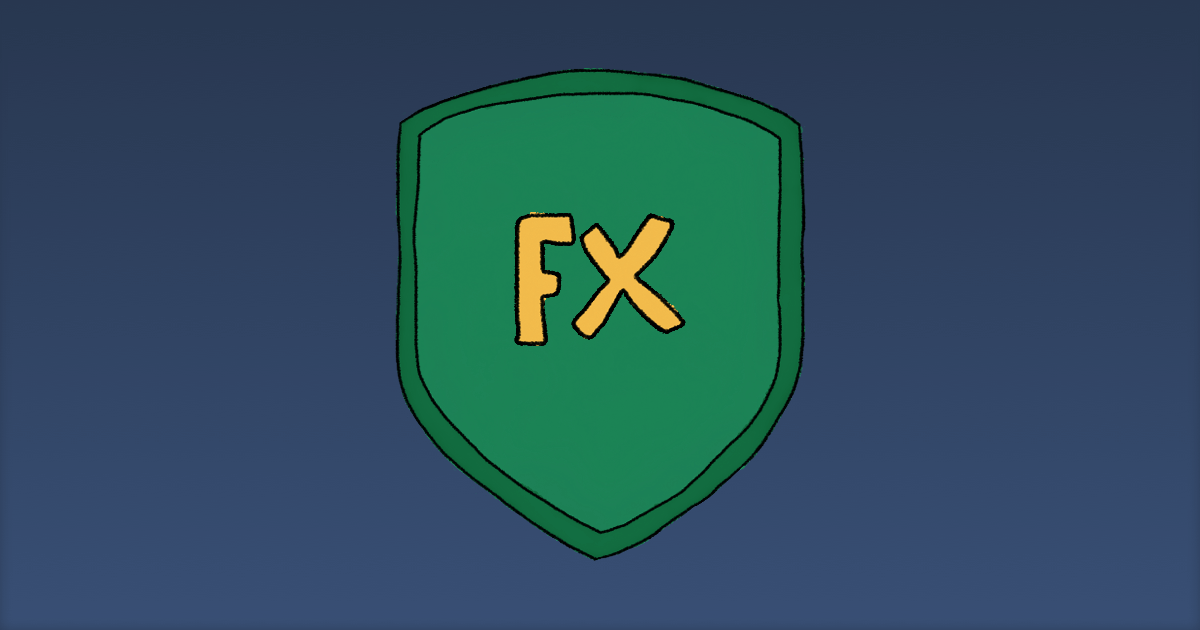