What is the Law of Demand?

When the price of a product like the iPhone is $1000, you already made your mind if you’re willing to pay the price tag or not, that’s the standard price that the supplier set based on the expected demand.

If tomorrow you find out that Apple lowered the price of brand new iPhones from $1000 to $200, you’re likely to go running and try to buy five of them for your whole family, a cheaper price increased the quantity demanded.

If tomorrow Apple decides to raise iPhone prices from $1000 to $2000, then you’re less likely to buy them, a higher price decreased the quantity demanded. 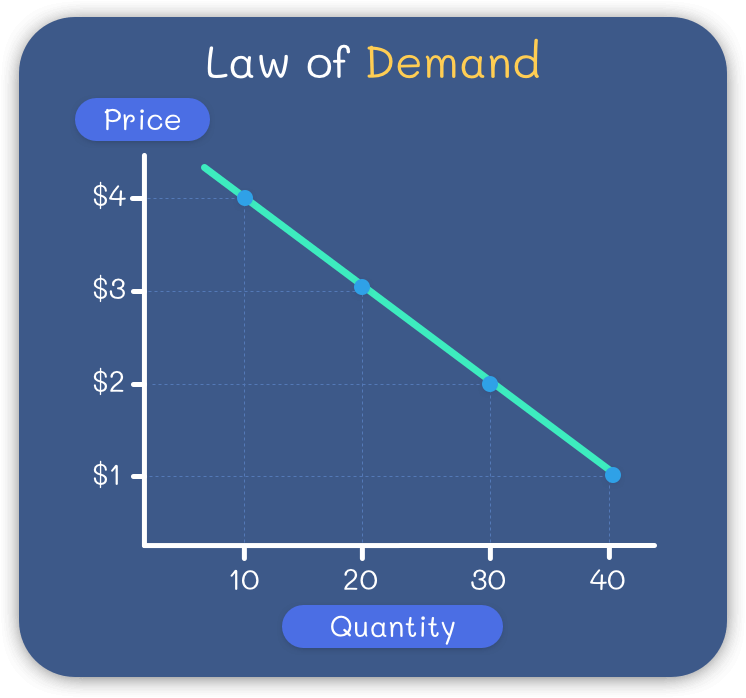 In the chart above you’ll find on the Y-Axis (left one) the price and on the X-Axis (the bottom one) the quantity.  The centre downwards line represents the Law of Demand assuming other factors remain constant (that means that we’re not accounting for changes in demand itself or any other variables that could affect this). Here’s what happening in the chart:

In simple words, people are always willing to buy more if they can do it at a better price for them, in this case, a cheaper price.

Any change in the quantity demanded is attributed to a change in price and we shouldn't make the mistake of thinking that the demand itself or buyers preferences changed. Just because prices go up or down this doesn’t increases or decreases the demand itself, they just affect how much quantity is demanded, the demand itself is coming from different factors such as what people want, why they want it, how much can they afford, etc.

If tomorrow your country rises wages by 100%, the demand for normal stuff that you’re already buying will increase, now you can afford more. That is a what a change in the demand itself could look like.

When we analyse the Law of Demand from an Economist’s point of view, there’s a key concept to take into consideration:

People tend to give more importance to certain needs over other ones depending on the urgency level. For example, if you haven’t eaten in 5 days and suddenly receive 20 kilograms of cooked meat, you’ll run and eat quickly to calm your hunger, but then each portion of meat that follows is not as important as the urgency level decreased, you’re no longer starving.

As the urgency becomes lower, so does the price. That is because buyers perceive with less value the following units available of the product in question.

This knowledge is great if you’re studying economics, but when it comes to trading, the game is a little bit mixed up.

You’re not buying or selling stocks to satisfy your hunger or thirst, so there’s no primary needs involved but rather the desire to speculate on the price of stocks to produce a return on your investment and cash out.

The quantity of tradable assets that you purchase is directly linked to your available capital to invest and your perceived value of whether something it’s cheap or not.

Learning to decode when market participants consider an asset cheap or expensive is the equivalent of using price action and determining support and resistance levels. In this area lies one of the greatest pieces of knowledge for traders.

Example of the Law of Demand in Stock Trading

Suppose that TSLA (Tesla Shares) are trading right now at $100.

That price of $100 is the right price, as its being determined by sellers (supply) and buyers (demand) interacting with each other in the ongoing market battle.

As a trader, you’ll find several examples of these situations when assets approach support and resistance levels.

Example of the Law of Demand in Bitcoin Trading

That price of $20.000 is the right price, as its being determined by sellers (supply) and buyers (demand) interacting with each other in the ongoing market battle.

The Laws of Supply and Demand are at the core of price determination, ultimately what matters for a trader is if we can understand what is the perception of others market participants when it comes to: 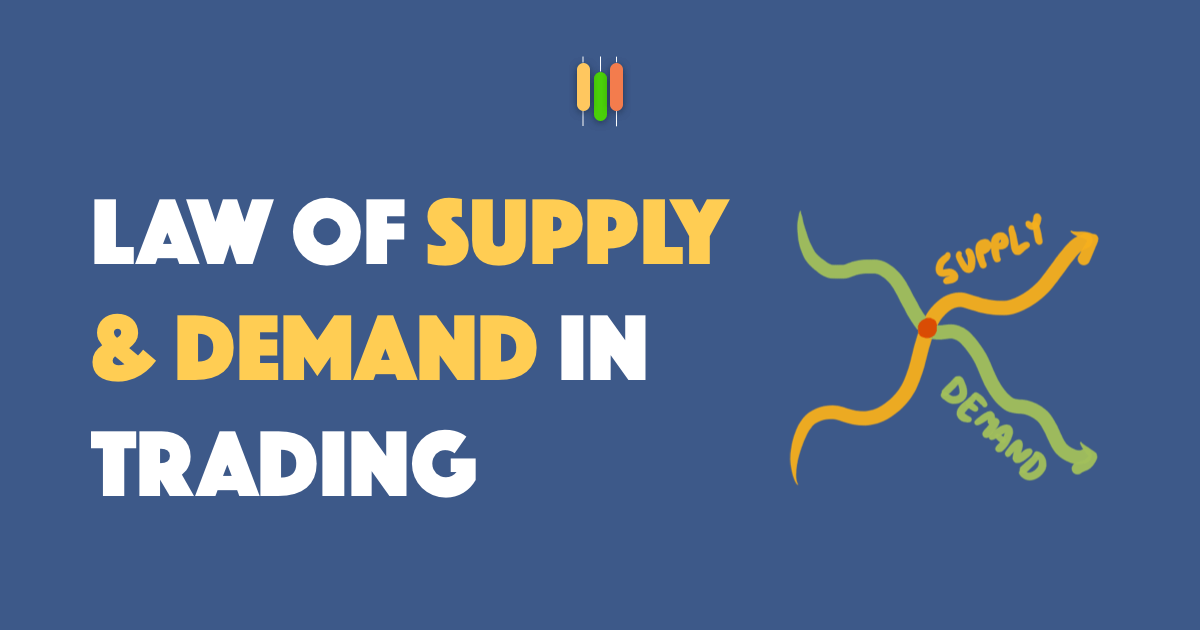 Law of Supply and Demand Explained

The law of supply and demand explains how buyers and sellers interact by analysing their desire to buy or sell based on different price and quantity levels. 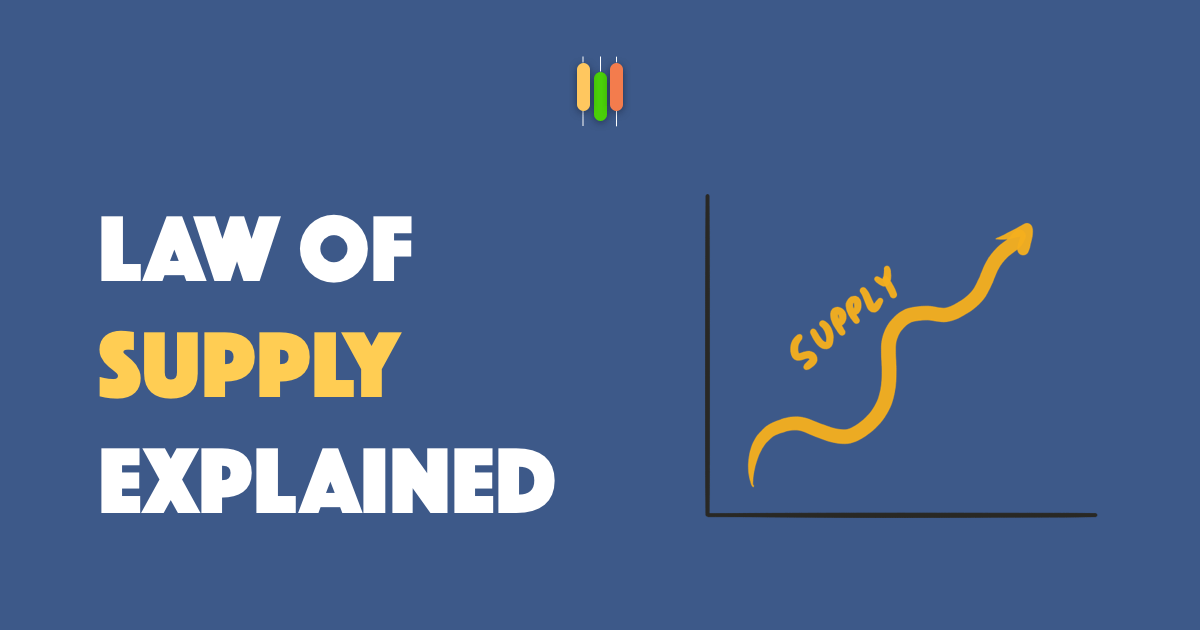 The Law of Supply shows the relationship between price and quantity from the supplier's point of view. The higher the price the higher the quantity supplied